Despite my dithering, I did decide to finish reading Life After Life by Kate Atkinson. I couldn’t stop thinking about it and I had to know how it ended. Remember, the premise of the book is that the main character, Ursula, has an unusual life that ends and begins

over and over again, with slight differences that end up making a lot of difference in the course of her history. Err..histories. It was an intriguing idea. I thought if I finished the book, there would be closure and I could move on to the next book. But talk about a novel without much clear closure! I can’t figure out which ending is true because Ursula seems to live a bunch of parallel lives. I am glad that I finished, but it didn’t make me long to read the rest of Atkinsons’ books. Life After Life will definitely make you think twice about deja vu, kind of like the movie The Matrix. It also made me ponder survivor’s guilt. Why is it that people feel guilty when they survive and others don’t? In Life After Life, Ursula feels guilty because she somehow knows in the back of her mind that if she had made one decision differently, she could have prevented whatever bad thing just happened. At one point in the book, she recounts being saved from drowning as a child and says, “It was one of the few adventures in her life where she felt she had played an almost entirely innocent part.”Shudder. It’s enough to drive you mad.

Another thing about the book that drove me mad was Ursula herself. Except for one part of her many lives, she seemed very lacking in ambition. And why couldn’t she pick a guy and stick with him? Why does it take her countless flings over many lives to figure anything out? I prefer the constancy of the characters in The Time Traveler’s Wife (though I didn’t really like that book much, either…). Ursula’s romantic life was mostly just disheartening and disgusting, and she never truly liked anyone she was with, much less loved. Did she feel that was all she deserved? I have lots of questions about this book.

There’s a lot one could ponder in Life After Life. It was a though provoking book, but it comes down to this: the whole premise is not reality, so there’s not much use in pondering any of it. If you have read the book and feel you got some nugget of true wisdom out of it, please share it with me. I think I could pick up a ton of nuances and details that are significant to the story if I did a second reading, but I probably won’t read it again. For one thing, dozens of library patrons are clamoring for it, so I need to return it post haste.

One very true thing I learned from the book was that I have got to take a break from World War II books, especially ones set in London during the Blitz. I’m beginning to feel like I survived it in person, instead of only through books. I’m like one of those historians in Black Out by Connie Willis (which is a fascinating book, with a mostly fascinating sequel). Atkinson’s account of the Blitz was particularly gruesome. I’m sure it was not far from the truth, but it was difficult to read, nonetheless.

Up next for me is The Princess and the Goblin and East of the Sun. And can someone please recommend a good book for me that is not set in World War II? I’d be most obliged. =) 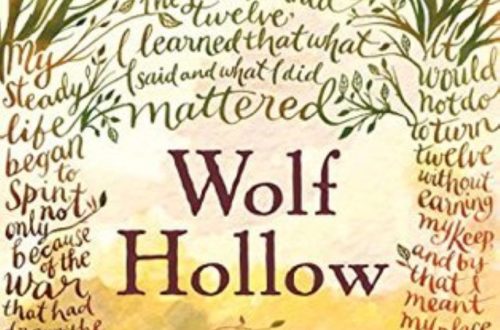 5 thoughts on “Life After Life – Thoughts After Finishing”