Time for a quick catch up on some recent reading! As always, my reading list is mishmash of novels and a little bit of nonfiction. A couple of months ago, I put out my Spring TBR list of 9 books. Here’s how it played out.

And now for some short reviews of books that got added to the Spring reading list as I went along!

A Place We Once Knew Well, Susan Carol McCarthy 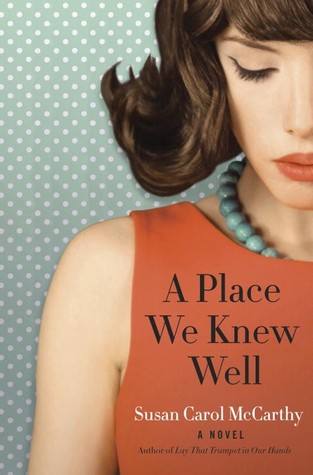 et in Florida in 1962 during the Cuban Missile Crisis, this is the story of how the missile crisis was the tipping point for many other crises in a small town near McCoy Air Force Base. Before reading this book, I knew nothing about the Cuban Missile Crisis. The historical accuracy of the book combined with the emotional story depicting how many Americans must have felt during those 13 days of uncertainty in 1962 was fascinating. The actual story and characters delve into some other themes of the time like women’s healthcare and mental health. Those were not as thrilling, but all in all it was good enough to make it a solid 3 star book.

I thought I’d love this book. I hated it. It is set in the English countryside during WWII, and follows the experiences of three young women who signed up to be Land Girls. These women did the farm work that the men would have done if they hadn’t been called to war, and then some.  All that sounds fascinating, right? Sadly, that is where the historical accuracy of this book ends. Angela Huth imposed a college co-ed dormitory lifestyle of today onto characters and situations from the 1940s. The amount of “shagging” going on was ridiculous. The amount of food these girls ate was also ridiculous (rationing, hello?). Beyond the historical inaccuracies, the amount of time spent in the secondary characters’ thoughts was jarring and unpleasant. If Huth had stuck to developing the three main characters and kept their actions in line with other literature of the period, this could have been a great book. Unfortunately, it is loathsome. And the original Land Girls think so, too. 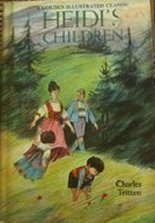 I need large doses of Old Fashioned Goodness in my reading life, and these were perfect. They made for excellent bedtime reading.

I grabbed this one up when I saw it was a new release by Susan Meissner, who wrote one of my favorite books of last year, Secrets of a Charmed Life. Set in the late 1930s, Stars Over Sunset Boulevard follows two women as their unlikely friendship progresses. The theme of motherhood is big in this book, and I appreciated how Meissner presented it tenderly and as something of great value, but also shattered the myth that it will complete a woman. The book is on the cusp of the change in what a woman expects from her life — from children and marriage and a life firmly rooted at home to a career. The two main characters present opposite sides of that shift. The complexity of their friendship as they navigate their differences points to the most important theme in the book — nothing you strive for in life will take the place of being truthful and living with love for others greater than love for yourself.

All in all, I haven’t come across anything work more than 3 stars this Spring. The search for the great summer read of 2016 is on!