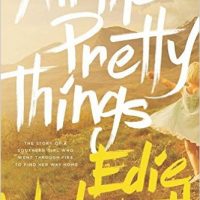 Thank you for all your kind words after my last post, The Summer That Was Quiet and Hard. Knowing that the whole self-contempt, identity issue is something many of us face, I wanted to share a few books that are helping me think through it all.

This past month or so of reading has been completely out of the ordinary. I am usually a novel girl, as in, I read lots of novels and throw in a few nonfiction books here and there for good measure. But when you’re trying to figure out a lot of real life and you feel like you’re wading through deep waters, a thirst for help and wisdom and true stories from other travelers along the path is all that will do. And I gotta say, a couple of these books that just came out in the last two months are amazingly wonderfully. 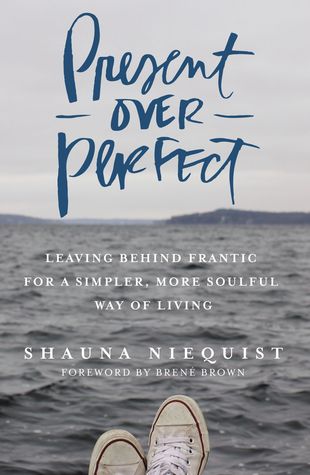 I put Shauna Niequist’s Present Over Perfect on my Spring TBR list, hoping to get an early release copy. I didn’t get one, but it was God’s goodness to me that I didn’t and that somehow I didn’t even get around to buying it the day it came out. I waited to read it until the very end of August. There could not have been a more perfect book for me to read at that very moment in my life. This surprised me, because I actually thought before I started the book, “I’ve kind of heard a lot about this message –the slow your pace, pay more attention to the present message–lately and I’m not so sure this book is going to have anything new to say about it.” Let me tell you, I was wrong.  Present Over Perfect bowled me over. It was this book that helped me recognize the self contempt I was feeling, and the one that gave me some tools to start waging the slow thought-battle against it. Niequist has so many good things to say about how we define ourselves and what our defining measures can do to our lives, in good and bad ways. I want to read it again right this minute. I hope you pick it up, and I hope it is the huge gift to you that it was to me.

All the Pretty Things 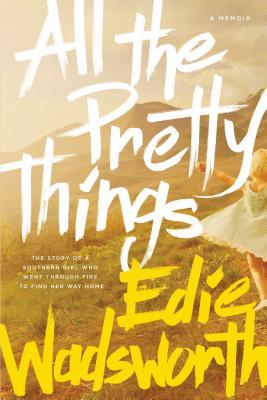 Edie Wadsworth of Life In Grace has been writing her memoir for three years. This is one of those, “I wasn’t going to write a memoir but a publisher asked me to” situations that makes aspiring writers jealous and angry, but I am really glad that Wadsworth wrote it, no matter what the process was. All The Pretty Things is a book I couldn’t put down. Edie grew up in rural Tennessee, the daughter of dysfunction and love. Her family and her story will make you laugh and cry in sequence over and over again. I loved it. If you’re a fan of The Glass Castle by Jeannette Walls, this book is definitely your cup of tea. I liked it even better than Walls’s memoir because of the huge measure of hope and redemption on every page. I bought this book. I love books, I read tons of books, but the library is my best friend. I hardly ever buy brand new books, but I bought this one. It’s so good, and filled with hope in hard situations. (Side note: her short podcast series Grace Talks is still my favorite podcast ever). 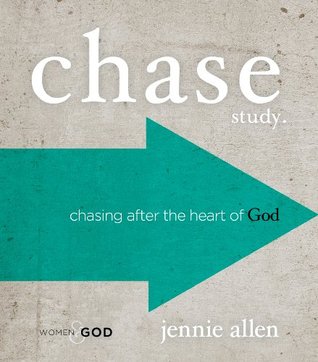 This is the second study I’ve done by Jennie Allen (the first one was Stuck) and again I am so thankful for the books and studies that are in my life at just the right time. Chase begins with a chapter called “Identity” and that is perfect. I’m finding you have to come face to face with who you are without God and with God before anything can become clear and you can live in the goodness God gives us. Chase studies the life of David and so far it’s been eye opening to look at stories I’ve read a million times (like David and Goliath) through the lens of how David’s belief in God changed his actions when compared to everyone around him. Truly, what we believe about God and ourselves changes everything.

So that’s what I read in September. And now it’s October! I’ll be back in a few days to post my reading goals for this Fall. Until then, have a great start to October!

Hello! How’s life? Let’s just say, things have been busy around here. Busy with good things, but still busy. But I carved out two “we-are-going-nowhere” days this week and they are just what the doctor ordered. (Seriously, we’ve been so busy, we actually ended up at the doctor’s office with ear infections and sinus infections and he said, “You’ll probably be fine if you get some rest, but here’s a prescription if you think you need it.” He’s a great doctor.) Yesterday I vacuumed, dusted, cleaned bathrooms, and played with kids, and today I finally have a chance to think. 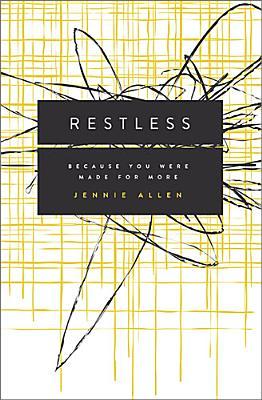 I read an all time low of three books last month. Yowch. I mean, really, that is an all. time. low. But it’s okay! I did some other worthwhile things, and one of the books was a book I really needed to ponder. It’s called Restless, by Jennie Allen.

A small group of women introduced me to Jennie Allen’s study, Stuck. I get chills even now when I think of how we all started with that book study focused on getting past the places where we feel like we just can’t make any progress, whether it’s anger, sadness, busyness, discontent, or feeling broken. Some of us in the group realized some places we didn’t know we were stuck. And then my awesome friend who also blogs decided to host the IF: Gathering at her place in February. It’s amazing how we all were feeling stuck in various ways, then we were ready to move on from being stuck, and the IF: Gathering was timed right then. Because the IF: Gathering was all about moving into a place where we cast of fear and realize God has put us all here on this earth for a reason and it’s time to pursue that reason. Christine Caine talked about moving from being delivered to being free. Rebekah Lyons talked about how simple the word “calling” really is. And there was so much more. It was all awesome. Now I’m almost done with the book Restless, and it has been a continuation of that theme of realizing God knit us together in such a way that we each have something unique to offer. I highly recommend it. I’m not a Jennie Allen junkie (yet), but her stuff is really honest and relevant to women today and it’s worth looking into. 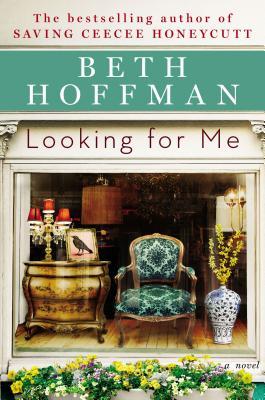 On the fiction side of things, I was excited to read Looking for Me by Beth Hoffman, author of Saving CeeCee Honeycutt. I’m sorry to say, it was quite lackluster compared to her debut. Poor authors whose first books are amazing! That’s a lot of pressure. But this is an honest review, and Looking for Me seemed a little winding, wandering, and overall lacking on major themes. I’m not even sure if the main character, Teddi Overman, found herself in the end. She found a guy and bought a house, so I guess that’s something. ??? I was not a fan. But I’ll admit, I kind of checked out on searching for the deeper meaning about 3/4 of the way through when it seemed like Teddi was going in circles. I’m not against circles…as long as there’s eventually a really good ending point. 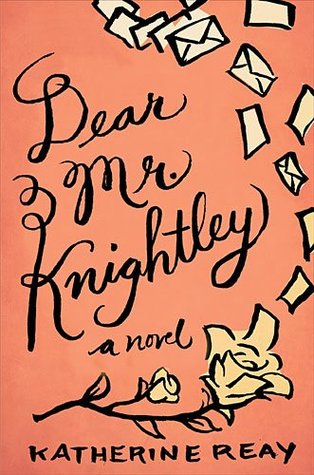 The book that pleasantly surprised me was Dear Mr. Knightley by Katherine Reay. “What in the world?” you may ask. “Why did you read another one of those Jane Austen knock offs you hate?” Despite the title, this novel is not actually a continuation or even a variation on Emma or any of Austen’s books. It’s actually a modernization of Jean Webster’s Dear Daddy Longlegs, which is a great book if you like old-fashioned goodness. Dear Mr. Knightley is about Samantha Moore, an orphan who grew up in foster care and books. Her reading was her world for a long time, but as she enters adulthood, she finds she has to set aside the book personas she so easily dons and embrace her real life story. What I liked the most about the book (besides all the references to classic literature), was how Reay wrote a quality book with strong characters that eventually points her heroine to God, without writing the (forgive me) often predictable Christian novel. This book was predictable in ways for me because I read the classic it’s based on, but it had a gritty realness to it mixed with the change that takes place in a person when they start to understand unconditional love. I don’t know if I can make any sense in explaining it, but it was a good read. I felt empowered as a writer by reading a book that was both clever, well-written, and based on the love of God.

So that’s what I’ve been reading lately. Now I have to scramble to find some vacation reads for two trips coming up later this month and in May. Hurrah for beach reads! Please, send me your recommendations ASAP. 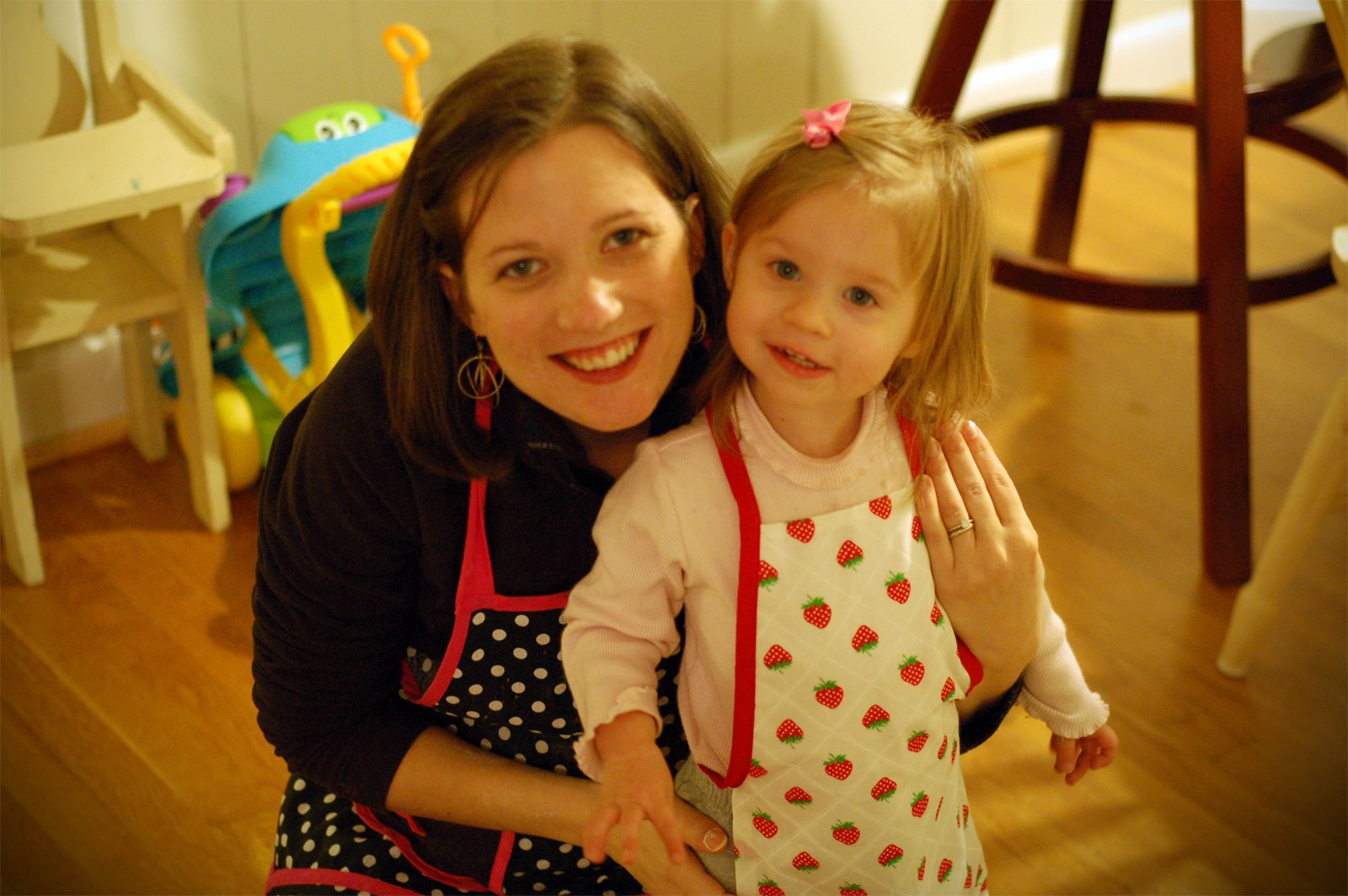