We were catching up over coffee at a bookstore when my friend from before the dawn of my clear memories pointed to a book display and said, “Have you read The Hunger Games?”

“I’m buying it for you right now.”

I was pretty surprised. Growing up, I was the bookworm of the two of us, but here my friend was practically forcing a book on me. So I asked her, “When did you become such a reader?

“Okay, when did you become a nerd like me?”

And she told me she first started to love reading when she picked up Harry Potter and the Sorcerer’s Stone. The Harry Potter books are her favorite and she also loves The Hunger Games.

So I read The Hunger Games. And then I read the two sequels because who can stop at the first book? And while the series ended on a gory and startling note that made me wonder what the point was for Katniss, I have to admit they were gripping, addictive books. The truth is, that’s what the majority of young readers are looking for in books. It’s got to be fun and enthralling to compete with all the other media available. And I can’t deny that I enjoy being so completely caught up in a book/series, as well.

But I also can’t deny that when I look at book display geared towards young adult girls, I cringe a little, because here’s what most of the books consist of : zombies, vampires, werewolves, witches and wizards, and all kind of “paranormal” characters. Aliens seem almost tame  in comparison. I’m pretty sure that fifteen years ago when I was a young teenager devouring books, that wasn’t the case. And I’m not saying that all these books are bad. But I can’t believe that a complete immersion into this “paranormal” literature is good for anyone, young or old.

However, I know how important it is for teenagers (and everybody) to be reading something. It may seem like a victory to pick any book over movies, magazines, or games. I can’t speak much towards the teenage boy audience, but if you have (or if you are) a teenager girl, here are some books that I think are just as fun but not as dark.

Princess of the Midnight Ball by Jessica Day George is a fun re-write of The Twelve Dancing Princesses, and Princess of Glass was just as good.  I love reading fairy tales to my four-year-old daughter, but when you read them as an adult, you realize just how many plot holes there are. Last November I picked up a few novels that re-wrote some fairy tales, and thought they were so fun and inventive, even though they were based on stories from long ago. What’s especially nice about Jessica Day George is that her books are “safe” for girls who are ready to read longer books but aren’t ready for darker themes.  I think they’re fun for anyone who, like me, is a bit of a little girl at heart who loves fairy tales still. I haven’t read the third book in the series, but I hope to sometime when I’m in the mood for something light and simply fun.

Along the fairy tale retelling lines, Robin McKinley is my favorite fairy tale novelist. I read her book, Beauty, for the first time last winter and just loved it. Her more recent book, The Spindle’s End, is also a great yarn. The ending is a little crazy, but that’s how it goes with fantasy literature, I’ve discovered. But what’s even better than McKinley’s fairy tales are her novels

The Blue Sword and The Hero and the Crown. The Blue Sword is one of my favorite books, as of last October. It begins with Harry Crewe, a girl who has moved far from her native England to live near her brother after her father’s death. She is tall and strong in spirit and body, but she doesn’t know just how set apart she is until she comes in contact with the Hillfolk. Their legends become her reality as she learns more than she ever thought she’d want to know about Damar and its people. The Hero and the Crown is the prequel to The Blue Sword, and tells how the Blue Sword became a symbol and a legend in itself.  I appreciated the strong heroines who were also genuine and noble. I read Graceling by Kristen Cashores and wasn’t all that impressed by the characters; though they were kind of  intriguing they were also rather one-dimensional. The sexual tensions in that book were a bit much for a good Young Adult book, too. But I think girls who enjoy the heroines like the one in Graceling will like The Blue Sword a lot. Unfortunately, it’s not available on Kindles, but most libraries have it. If you decide to read Robin McKinley, I don’t recommend Chalice.  I haven’t read Sunshine as it’s about vampires and I’m not into vampires, but if that’s your thing, you may enjoy it

Arena by Karen Hancock came out in 2002 but the story line is very similar to that of The Hunger Games. The main character, Callie, signs up for what she thinks is a psychology experiment but turns out to be very real and very dangerous. With a few friends (or enemies?) and some cryptic words, Callie tries to figure her way through the Arena to survive and maybe even thrive.

While the above books are fun, these are really the ones I loved as a girl that played a part in shaping my reading tastes and my worldviews. The plots aren’t as action-packed as the first books I listed, but the stories and characters are timeless.

Gene Stratton Porter’s Girl of the Limberlost is about a girl who lives in the swamp with her mother. Her mother is a blighted woman inside and can’t seem to remember how to love her bright, ambitious daughter, Elnora. Elnora fights to give herself an education and to become a lady despite her harsh setting, while her mother learns to let go of the past. The book has been made into films several times, most recently by Wonderworks in 1990, but this is definitely a case where a movie can’t do the book justice. If I recall correctly, the movie leaves out the entire second half of the book. I loved the movie when I was a little girl, and one day at a family friend’s house, I found the book on her bookshelf. She found me reading it a little while later and gave me her 1944 copy on the spot. It sits in a place of honor on my bookshelf now.

Every list for kids and teenagers includes The Chronicles of Narnia. And so does this one. They’re a must read for every reader. That’s all I’m going to say about that.

I hope you’re able to find some great books this summer that will engage your imagination and give you a love of reading all kinds of books. 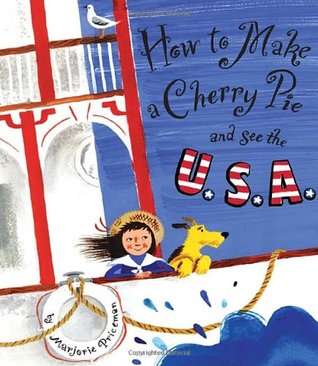 2 thoughts on “If The Hunger Games Left Them Hungry”