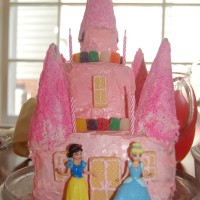 I am really bad at making cakes.

When Ella was  turning two, I made the mistake of asking her what kind of birthday cake she wanted. “Orange and purple,” she replied. Well, those colors are pretty unpopular in our Gamecock loving, Clemson Tiger hating family. But I tried to leave the college sports rivalries aside, and envisioned this purple round layer cake with a white icing flower on top and an orange center. Kind of cheating, but there was orange in it! I failed to remember one important thing that you may recall…oh yeah, I’m not so good at making cakes. About three hours before party time, that cute daisy cake had fallen apart in three pieces on its serving plate. It was not salvageable (believe me, I tried. In hindsight, I wish I’d taken a picture for this awesomely comforting website). On to cake number two of the day! There was no time for cuteness. This rectangle sheet cake with chocolate icing with badly written purple and orange letters would have to do. 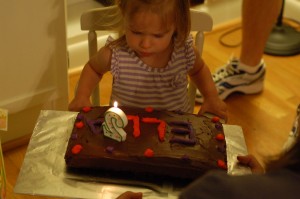 That was not the first or last time I made two cakes for one birthday party. In fact, I now always keep a backup box of cake mix on hand. So it seemed like a cruel joke when about a year and a half later, Ella developed a fascination with cake decorating video tutorials. Thanks to Youtube’s suggested videos on the side of a Sleeping Beauty sing-along-song, we ended  up watching princess cake tutorials just for the fun of it. The ghost of bad cakes past was out to get me. “Mommy, can I watch some cake videos?” became a daily request. You know when your child watches cake decorating tutorials in her spare time, she is not going to be too thrilled by by a repeat of the cake above. I respect her innate desire for beauty in culinary art (and I kind of love the kid), so together we concocted this for her fourth birthday. 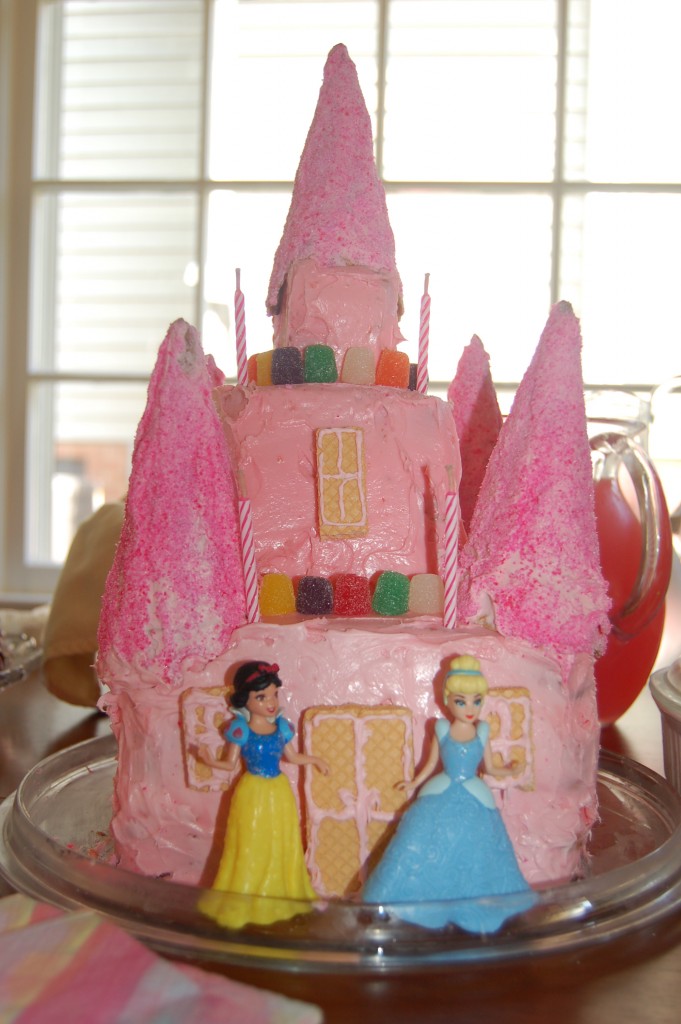 Despite appearances, those turrets did manage to keep from sliding off into oblivion until after the candles were blown out.  Whew.

Then I found salvation in cupcakes 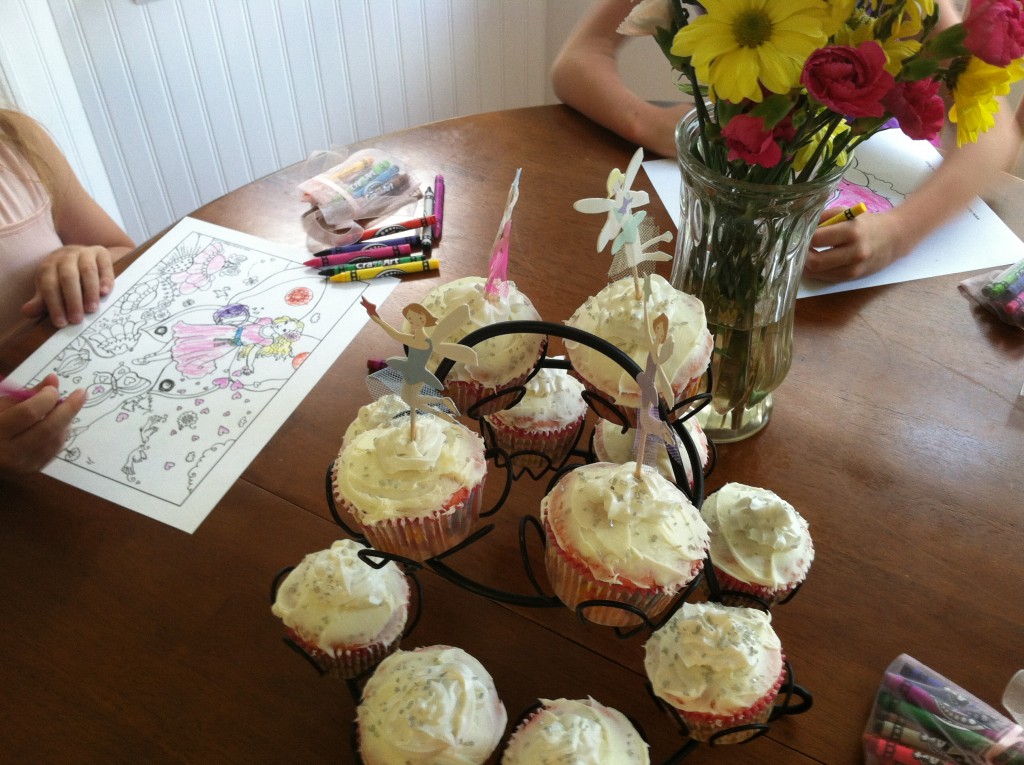 (but no improvement in photography).

A month ago I would have said, “Looks like Ella’s cake decorating phase is over.” And I would have only been a tiny bit sentimental about it.

But a few weeks ago, it was Isaac’s fourth birthday. I had planned to make him something pretty classic and simple. I mean, you can’t get much simpler than this Robin Hood cake I served at his last birthday party: 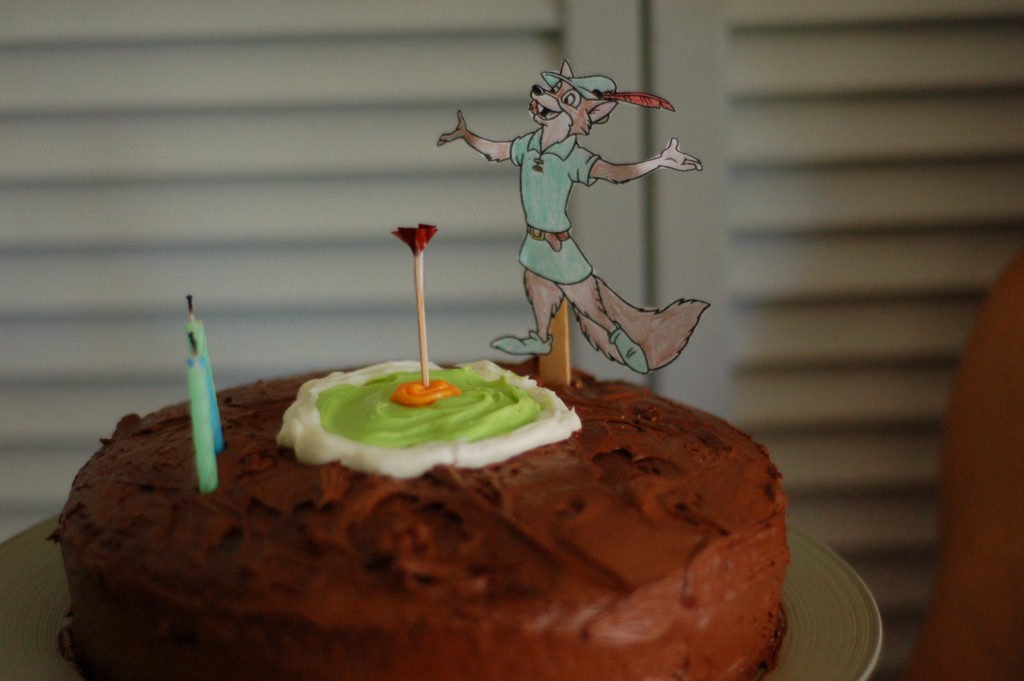 (Hey, there aren’t too many ideas floating around on Pinterest for Robin Hood cakes, okay?)

But the plan was changed by something seemingly unrelated. My relationship with Ella was struggling. In the past few months, I had noted a resentfulness in her attitude towards me. I saw her happy face change to a frown when I started speaking to her. She didn’t seek me out to play or read or do much of anything. There had been too many times in the last year that I had said “no.” In my floundering and fragile mothering philosophy, it’s important for me to say, “go find something to do” a healthy amount of the time. At age six, I want my children to play well, to imagine big, to read some books on their own, and blossom into independent people. But I also want to still be friends. It’s hard to balance out being in authority and being friends, and I was doing a poor job of it.The day before Isaac’s birthday party, the tension was pretty high and it was killing me. So I did something crazy. I opened up my laptop and said, “Hey Ella, let’s find a good cake to make for Isaac’s birthday.” She oohed and aahed over car cakes, airplane cakes, even a dragon cake. (Help.)

But thanks to the mostly doable videos from Howdini and Liv Hansen, we settled on a modified rocket cake. Modified, because we can’t just do anything easy, can we? It had to be a fighter jet, didn’t it? (just roll with it). 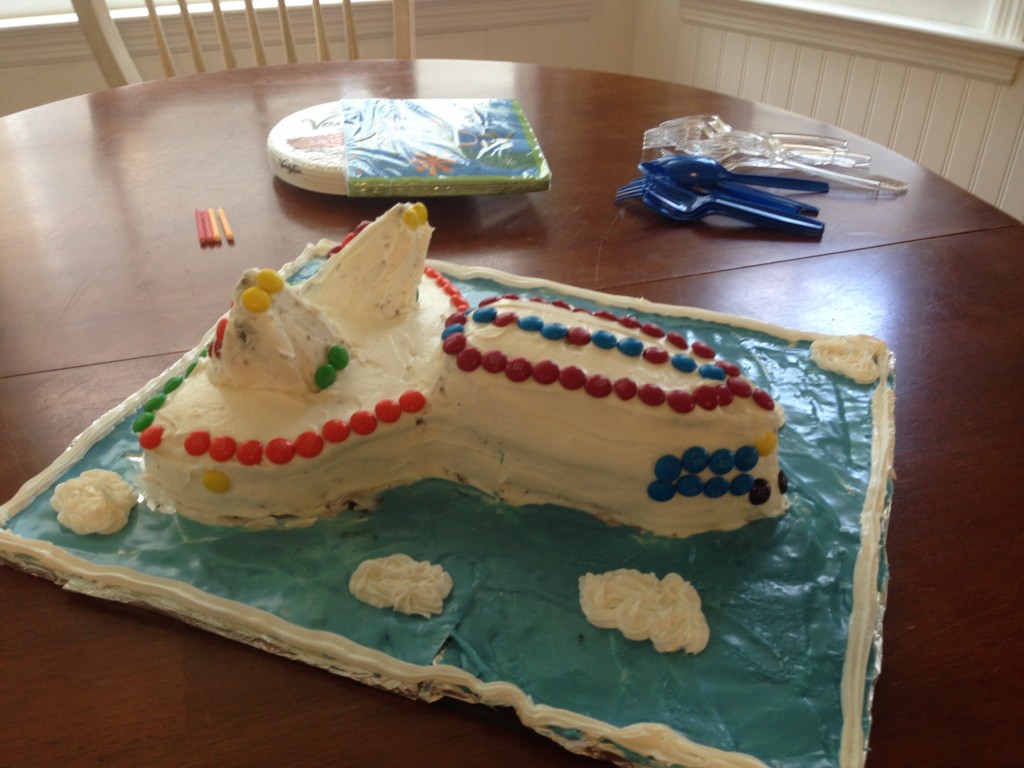 Two trips to the store and 24 hours later, the cake was done. It was far from perfect, but it was so much more to me than flour and icing. It was hours of planning together and shopping together. It was thinking about what her brother would like most. It was a six-year-old who is dearly loved spinning cake fantasies into something real on a platter in our kitchen and laughing and smiling with her mother. It was her brother’s face that said, “wow” when it was done and how loved he felt. And it was a start to this mom remembering to say “yes” to things that build relationships and feed souls.

It didn’t have to be a cake, but it had to be something to show Ella that I wanted to spend time with her and to build her up.

(And let’s be honest, it was also a hope that when Ella’s ten, she’ll be the master cake maker around here and I’ll get to hang up the cake making apron. Life skills, right? Can I count this as a school day? Just kidding. )

This summer has been a quiet time for this old blog, but it’s been full of cake making and soul filling here on the other side of the screen. I miss the writing, but summer is such a perfect time to replenish our children as we let them delight in their passions and whims. Isaac builds airplanes and cars and creates worlds for them. Ella asks to turn the hall into an art gallery and is eagerly awaiting the day when we will paint her playhouse. Last week she made a closet for her doll’s clothes out of a cardboard box and an old golf club. It’s this stuff of making and playing that tells me it’s going to be a great summer, not the vacations or trips to the water parks and the zoo.

And when things start to get a little strained or boring? We’ll make a cake.

Put Down the Scissors

One thought on “Let Her Make Cake”