When I see a book win a bunch of awards and garner lots of attention, I say, “hmm…I guess I’d better read that one.” Sometimes that works out great and I’m left thinking, “wow, they were right…that was a really awesome book.” But, if I’m honest, most of the time, it doesn’t work out great for me. After I read a new and critically acclaimed book, I’m usually glad I read it on an intellectual level, but something about the book doesn’t sit well with me. It’s like, in recent decades, critics only praise books that leave the reader feeling unsettled or disturbed. That’s what happened when I read Richard Russo’s Pulitzer Prize winner Empire Falls, and that’s what happened last night when I finished Tell the Wolves I’m Home by Carol Rifka Brunt. I can tell it’s a brilliant novel, just like Empire Falls was, but judging it on a “would I recommend it to a friend” level, I’m not sure how I feel about it. Did I like it? Did I hate it? Would I have read it if I had really known what it was about? To try it describe it or give a brief summary that accurately portrays the novel as a whole is impossible (which is the mark of a masterpiece, I think). And, whether I actually like the book or not, it is a critically acclaimed, well-written, startlingly honest book. And I don’t mean startlingly honest in a be-as-crude-as-you-want, uncensored kind of way, but in the honest realizations the main character makes throughout that she is willing to stare in the face. The book is set in the late 1980s and is narrated by  June Elbus, a fourteen-year-old girl who considers herself totally average on every level, except for the fact that her best friend is her extraordinary Uncle Finn. He is her godfather, as well, and  the only person June thinks can see beyond her average persona and who cares enough to show her how to be extraordinary. Well that sounds innocent enough, but it’s quite problematic, mainly because Uncle Finn is diagnosed with AIDS. I’m in my twenties, so I don’t really remember anything about the panic and fear surrounding AIDS when it was first recognized. I watched a documentary about it in history class in college, but that’s about all I know. So that’s what I thought this book would be like: a more personal representation about what it was like to live with that fear and panic and all the unknowns except for that one, unavoidable fact: if you had AIDS, you were going to die. Of course, that is what the book is about on one level, but then again, it’s not. It’s about forbidden love in a time when almost everything is permissible, and about how one’s thoughts can shock oneself but that doesn’t make them go away,  and it’s about sisters who love each other fiercely but can’t seem to get back to where they were when they were each other’s best friends (note: I have sisters, and there were parts of this book that just made me want to bawl). I probably haven’t even scratched the surface of all the themes. The book is also heavy in imagery and symbolism and parts of it have a medieval feel, believe it or not, which is definitely intentional. So much of the fear the characters in the book have of the unknown AIDS seems medieval to me, almost thirty years later.

I have a new understanding of that era and the people involved, so on that level, I’m glad I read Tell the Wolves I’m Home. The disturbing parts were in the thoughts that Jane had about her uncle, and the descriptions of her uncle’s magnetism, and also in the absolute hopelessness of it all. Here’s an example from the middle of the book:

“It seemed like life was a sort of narrowing tunnel. Right when you were born, the tunnel was huge. You could be anything. Then, like, the absolute second after you were born, the tunnel narrowed down to about half the size. You were a boy, and already it was certain you wouldn’t be a mother and it was likely you wouldn’t become a manicurist or a kindergarten teacher. Then you started to grow up and everything you did closed the tunnel some more. You broke your arm climbing a tree and you ruled out being a baseball pitcher. You failed every math test you ever took and you canceled any hope of being a scientist. Like that. On and through the years until you were stuck. You’d become a baker or a librarian or a bartender. Or an accountant. And there you were. I figured that on the day you died, the tunnel would be so narrow, you’d have squeezed yourself in with so many choices, that you just got squashed.”

June’s hopelessness about the meaning of life and the purpose of everything and why she should even live is her defining trait, in my mind.  And, on a side note, I had a hard time believing a fourteen-year-old was thinking like that. Half the time I was reading, I felt like I was listening to a fourteen-year-old talk, but the other half, I was listening to a fifty-year-old, disillusioned soul. I’m not really sure when June is supposed to be narrating this…if she’s a fourteen-year-old narrator or if she’s looking back from a long time ahead…but I do know that there is no hope in this book. When it comes to a book about AIDS, I guess that shouldn’t surprise me. AIDS was bewildering, it was condemning, it was and is a huge stigma. This book challenged me to think through what I believe and how that fits with what began in the 1980s and what is still happening today. I think, if you let it, it will do the same for you.

And if you’re wondering what I believe, I’m not like June. She claimed there is not a God because AIDS was proof that God could not exist. But I do believe in God. I believe in God who “so loved the world.” I don’t have all the answers, but I have that much. So I guess that’s why Tell the Wolves I’m Home left me feeling so sad. It’s well written, it’s beautiful, and it is for sure thought provoking and challenging, but without a meaning or purpose for life, the story is incomplete. Many, many books are like that–I’m not at all saying every good book should point you to true significance in this world. But this particular book that was so centered on the question “what is the point of all this?” and “why is there all this suffering?” felt empty without an answer, any answer, for readers to contemplate and think on as they mull over the book. There was a hole in the heart of the book to me.

Maybe that’s just me? Maybe June did find an answer she could live with in your reading of the book? If you read it, I’d love to hear what you think. 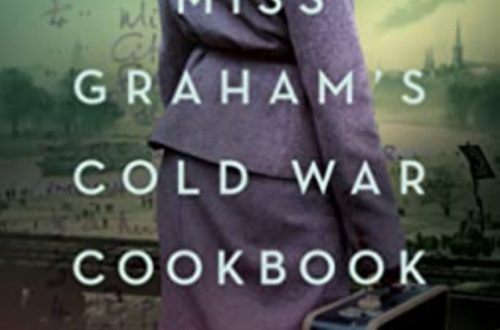 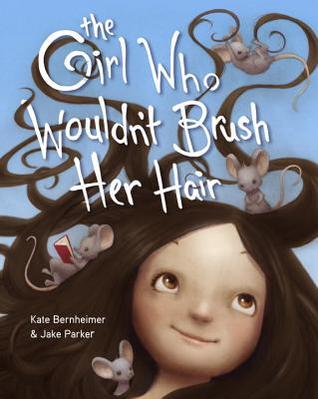